We congratulate the winner: 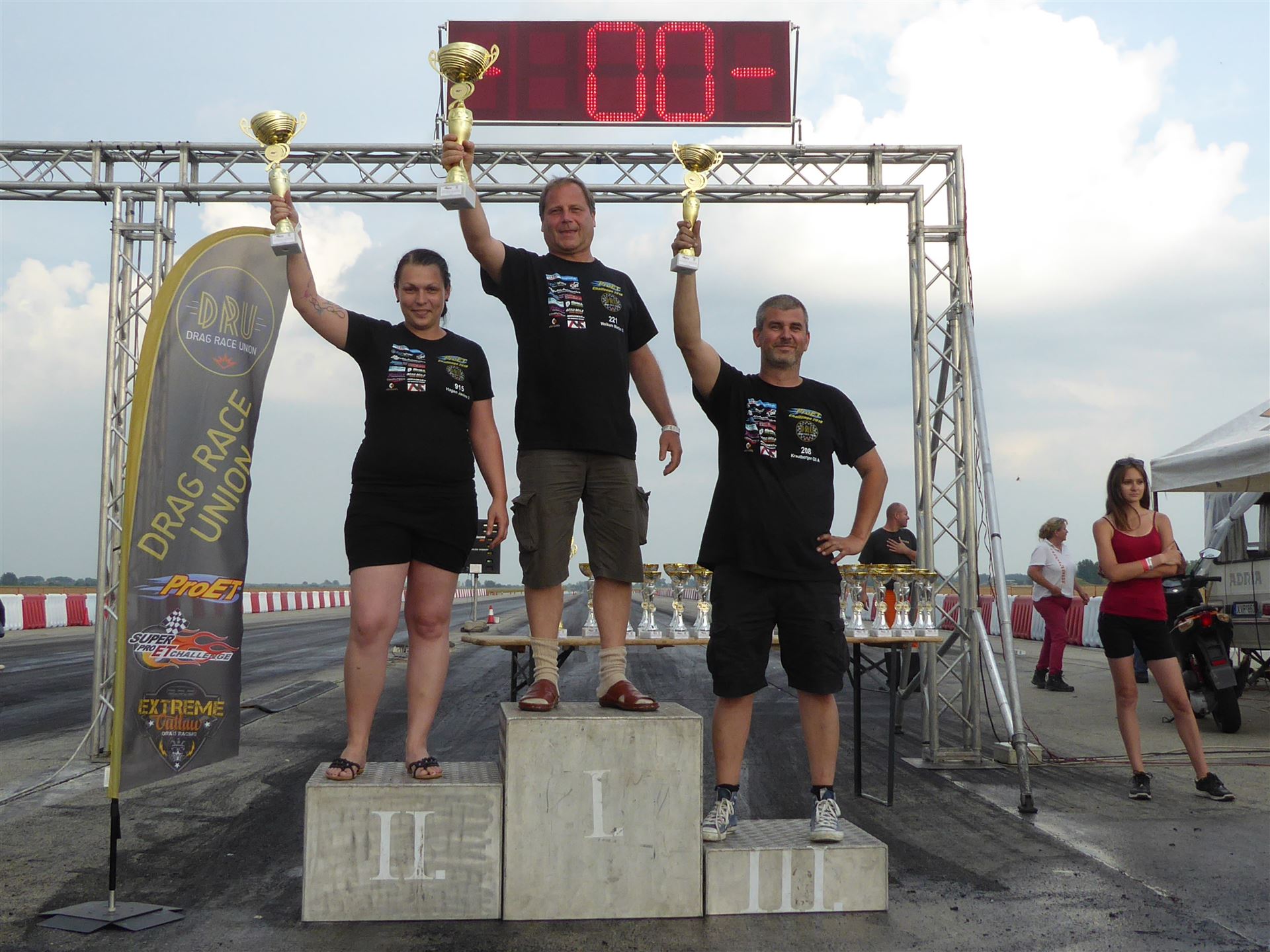 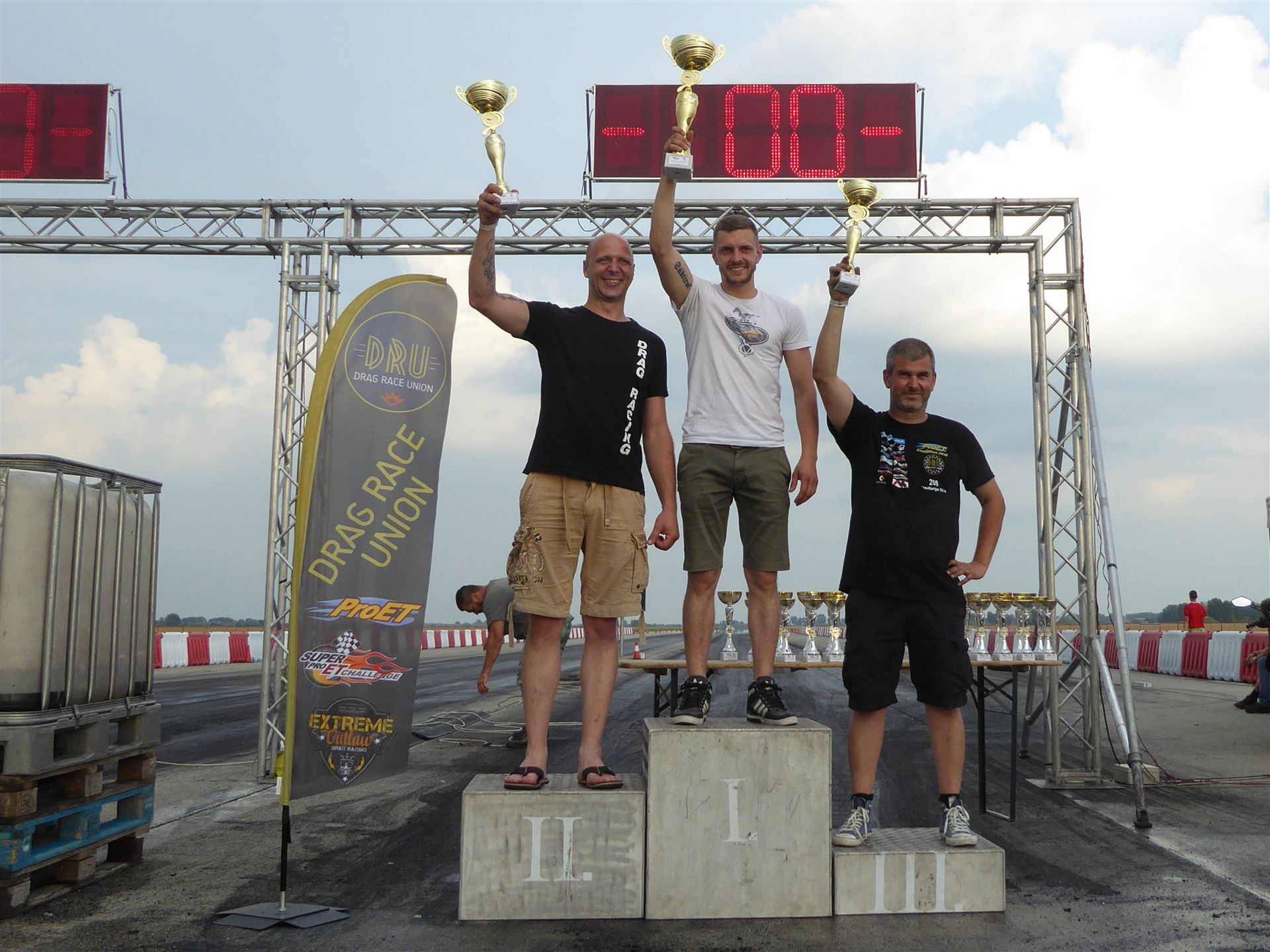 This time one of the main entrances was open for us, which apparently found all. When we arrived at the pits around 01 pm, the shower container was already set up, the power was available and the timing crew was working on the timekeeping as usual. At our usual place we could spread comfortably this time, because contrary to expectations not so many teams have traveled to the "Days of Thunder".
In ProET 10 participants were at the start, with Oliver Krautberger started in SuPro and Pro ET at the same time and the team Niesner shared the Corvette.
Besides Oli Krautberger, Olli Petzold from Germany and Simon Rudiferia from South Tyrol also started.
In the Extreme Outlaw Pirmin Schmid held the flag high. He used the weekend for first tests and setup runs.
Already at 17 o'clock the track was ready for free practice, which everyone used extensively, because the weather forecast once again wanted to spoil our hobby and announced violent rain and wind.
He came in the evening after the driver's meeting. As announced we had a restless night with a lot of thunderstorms.

Saturday
The rain broke in the course of the morning and we were able to go through two qualifying runs. Petra Heldt secured with 0.004 sec. in the index in ProET the first place and 4 teams of both classes persistently undercut their index.
The track was already good, too good for some teams who had to screw hard on the dial in.

Sunday
Already at 08 o'clock our 4th qualification run was announced, so that we could catch up the lost Saturday morning again.
In the end, in ProET Janine Hagen with 0.003 sec. put on the index before Petra and Robert Rauch qualified third.
In SuPro ET Simon Rudiferia took first place in the qualification before Olli Petzold and Oliver Krautberger.
Since 10 teams were in the starting line in ProET, a 16 field was extended. In the first lap I gave the victory with a red light to Robert Rauch, Janine in the Silver Arrow Mercedes won against Horst Koch in the AMC AMX, Kathi Niesner lifted to early in the finish the throttle and lost the run against Oli Krautberger, Petra Heldt won just ahead of Wolfgang Seppi and finally Thomas Fischer from Berlin, who has taken the long way to go for the ProET series, could not stand up to Martin Weikum.
SuPro ET, like the Monopoly, will skip 3 laps so the finals can be raced at the same time.
In the second round Janine had a easy run with a Bye Run, Oli Krautberger sent Robert Rauch onto the trailer and Martin Weikum held on to Petra Langenberger.
In the semifinals Martin got a simple round with a Bye Run and Janine Hagen won the race against Oli Krautberger extremely close because she was strong on the brakes at the finish. Both had a breakout, but Oli had a little more.

In the case of SuPro ET, Simon Rudiferia had a Bye Run as top qualifier and in the duel Oli against Olli, Petzold narrowly won the run in the finish.
In the final, Janine and Martin faced each other in ProET. Not at all gentlemen like Martin did not let Janine the precedence and won this run, because Janine was a bit too fast for her dial-in.
Klick on image to view video

At the SuPro final, Simon and Olli delivered a tough race, which at the end was won by the South Tyrolean.
Click on image to view video

What a race - everything stayed healthy, no technical infirmities. Nothing else has happened except maybe a little sunburn.

A big thank you again this time to the race director Roland Layos, the chief of timekeeping Vizi Csaba and the technical commissar Robert Groll.
A big compliment to the organizer Zoltan Kohari, who is always accommodating and flexible to our wishes and provides us the conditions for a successful race.
There are not many events in continental Europe with top prepared tracks, professional timing and organization like Kiskunlachaza.
Anyway, we'll be back.

Here is the ProET Eli Flowchart