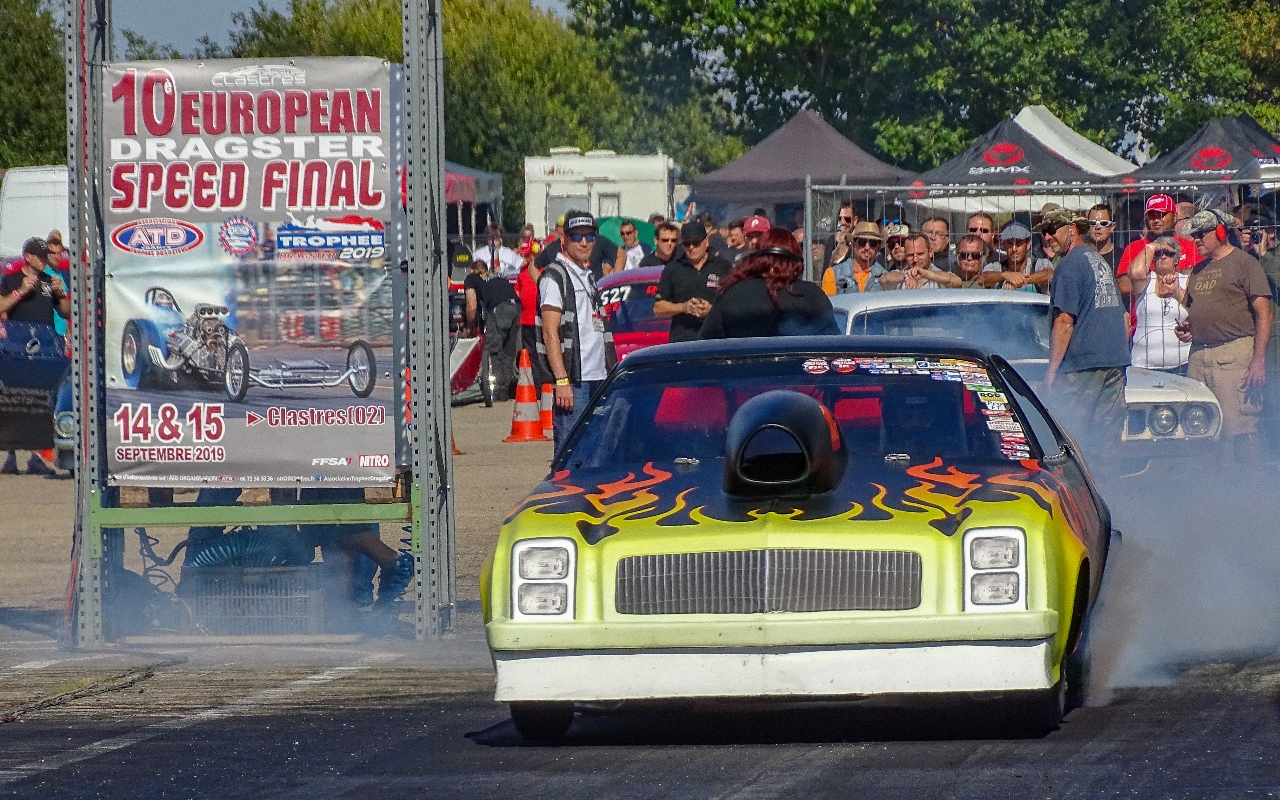 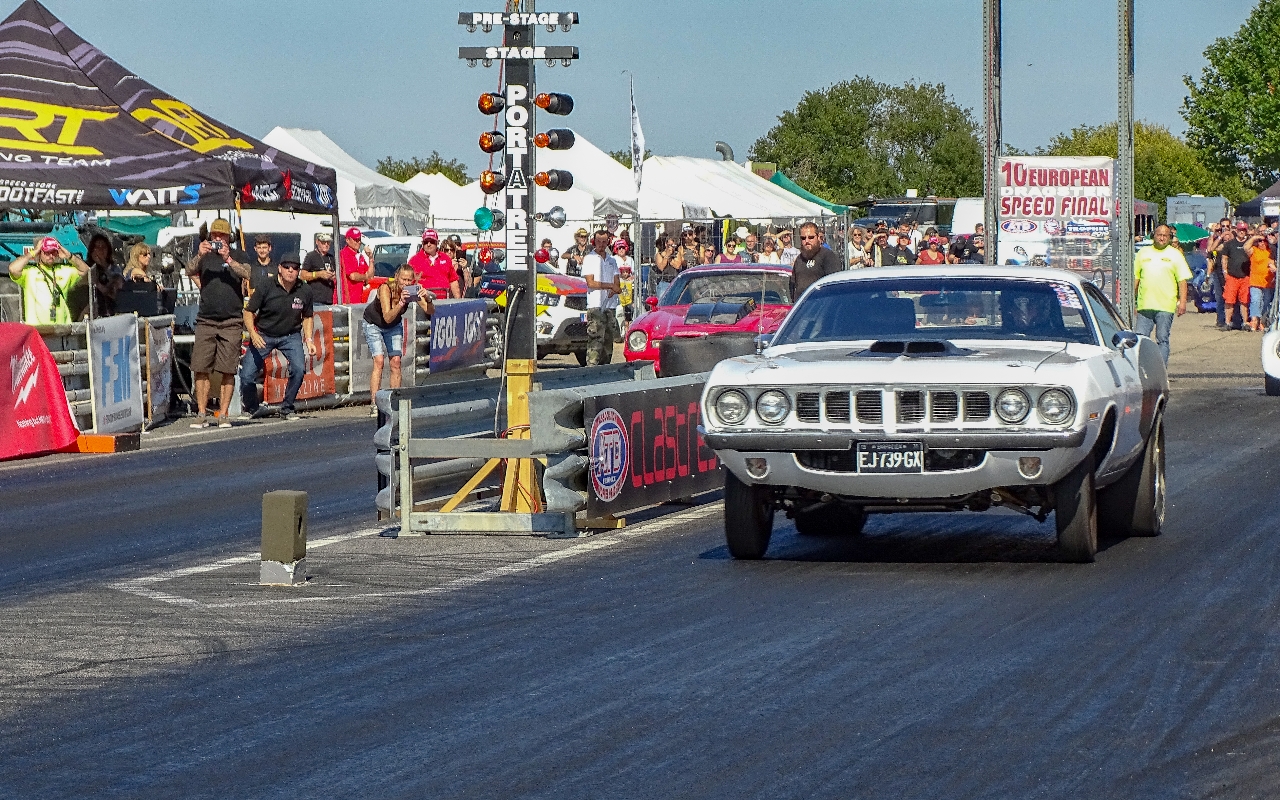 In the best of weather with a bright blue sky and up to 26 degrees we had two great days full of drag race action on a perfectly prepared track. Before, I have to say a big compliment to Eric Angeloni and his crew, because of the organization and the process even the big ones can cut one more slice. It is a pity that not already driven on Friday. 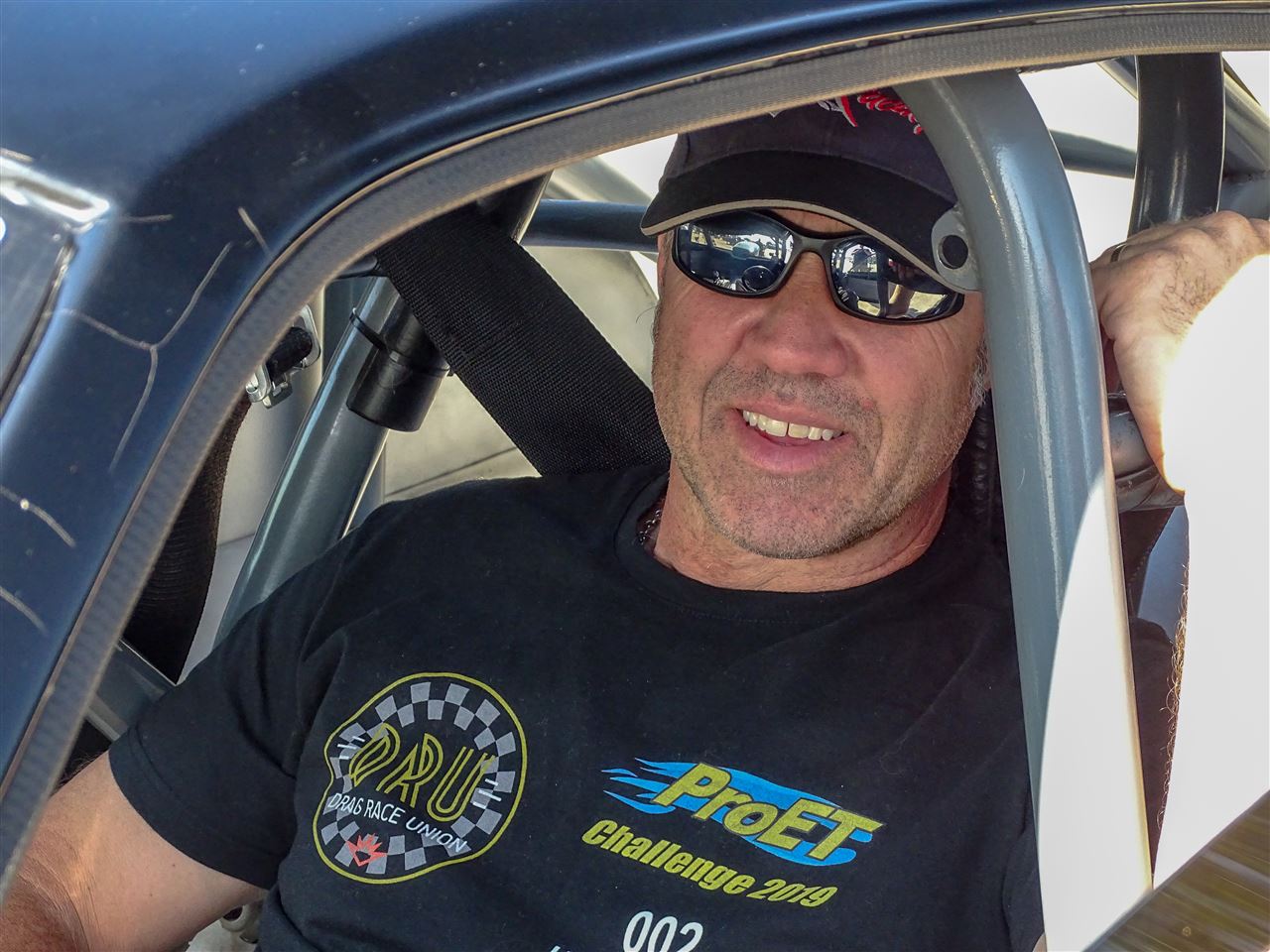 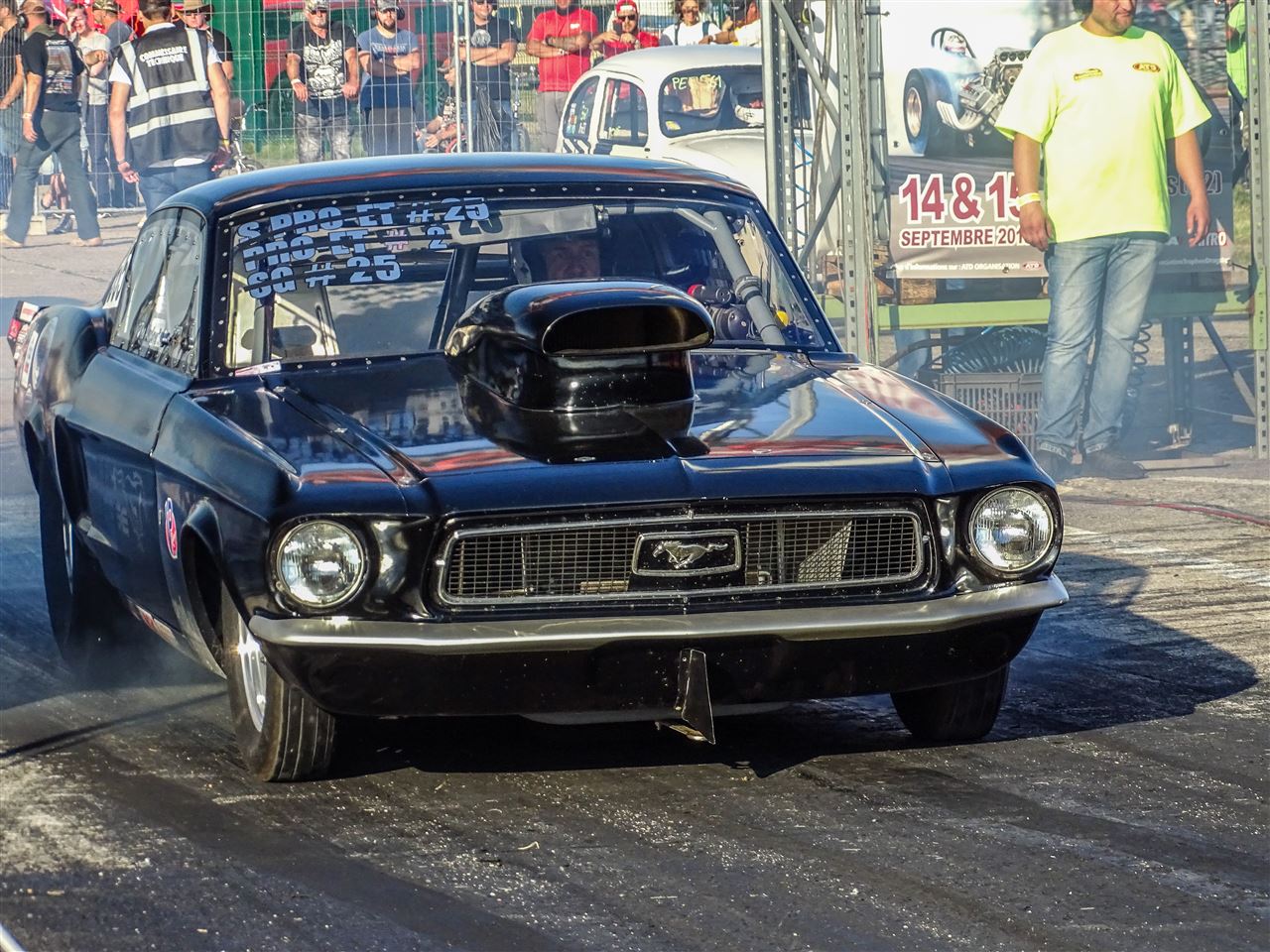 The starting field in ProET has grown to 23 shortly before the event. One of the latecomers was Challenge participant Petra Heldt, who in the usual strong manner also approached her index up to 6 thousandth in the first qualifying run and thus qualified for third place. In addition to the previously announced Challenge participants Lee Huxley and Björn Szczendzina, Martin Weikum also decided to go for points shortly. Since the track was really well prepared and we had a lot of air despite the sunshine, it was called breakout a couple of times and we were able to set new best times. 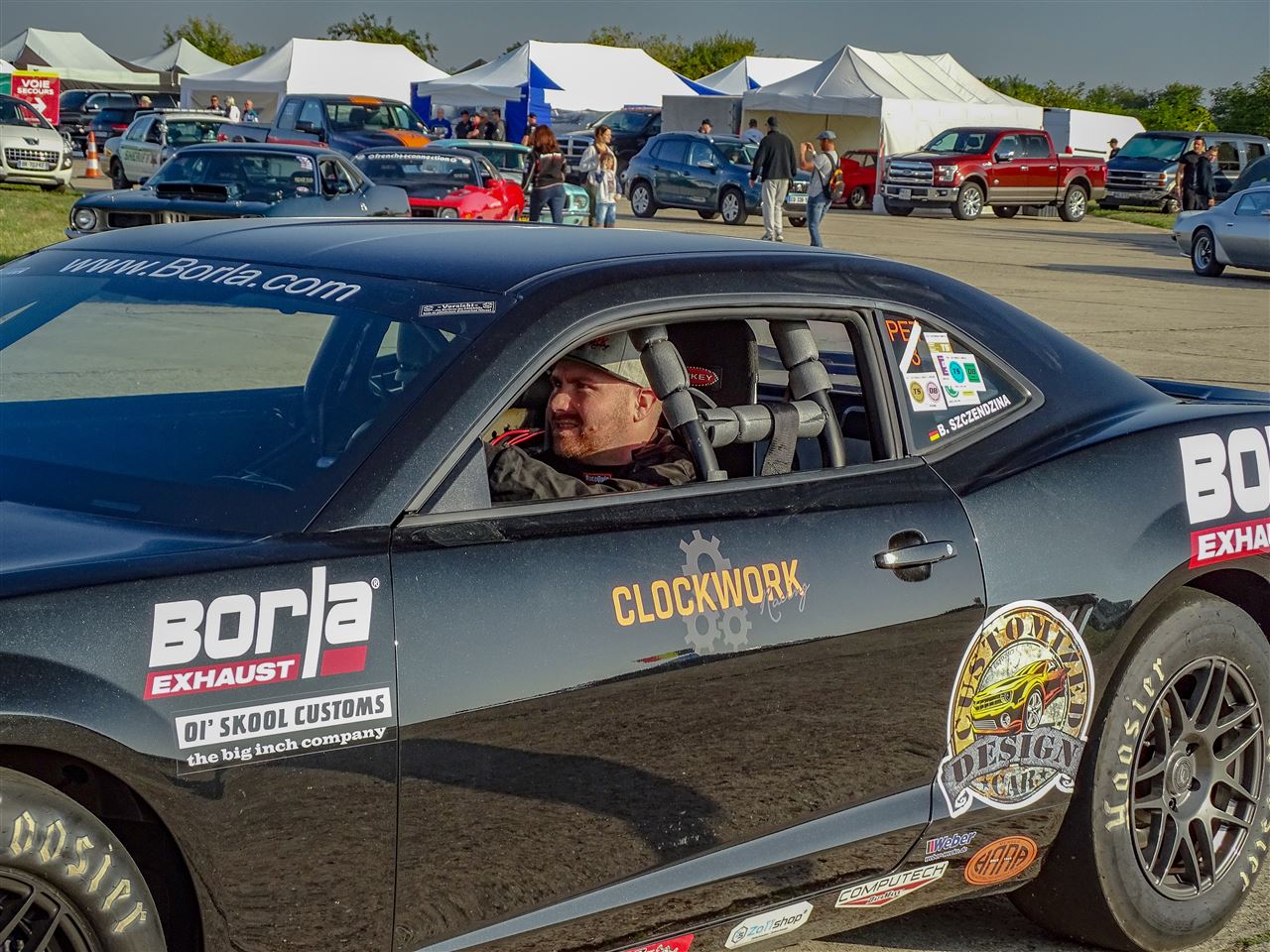 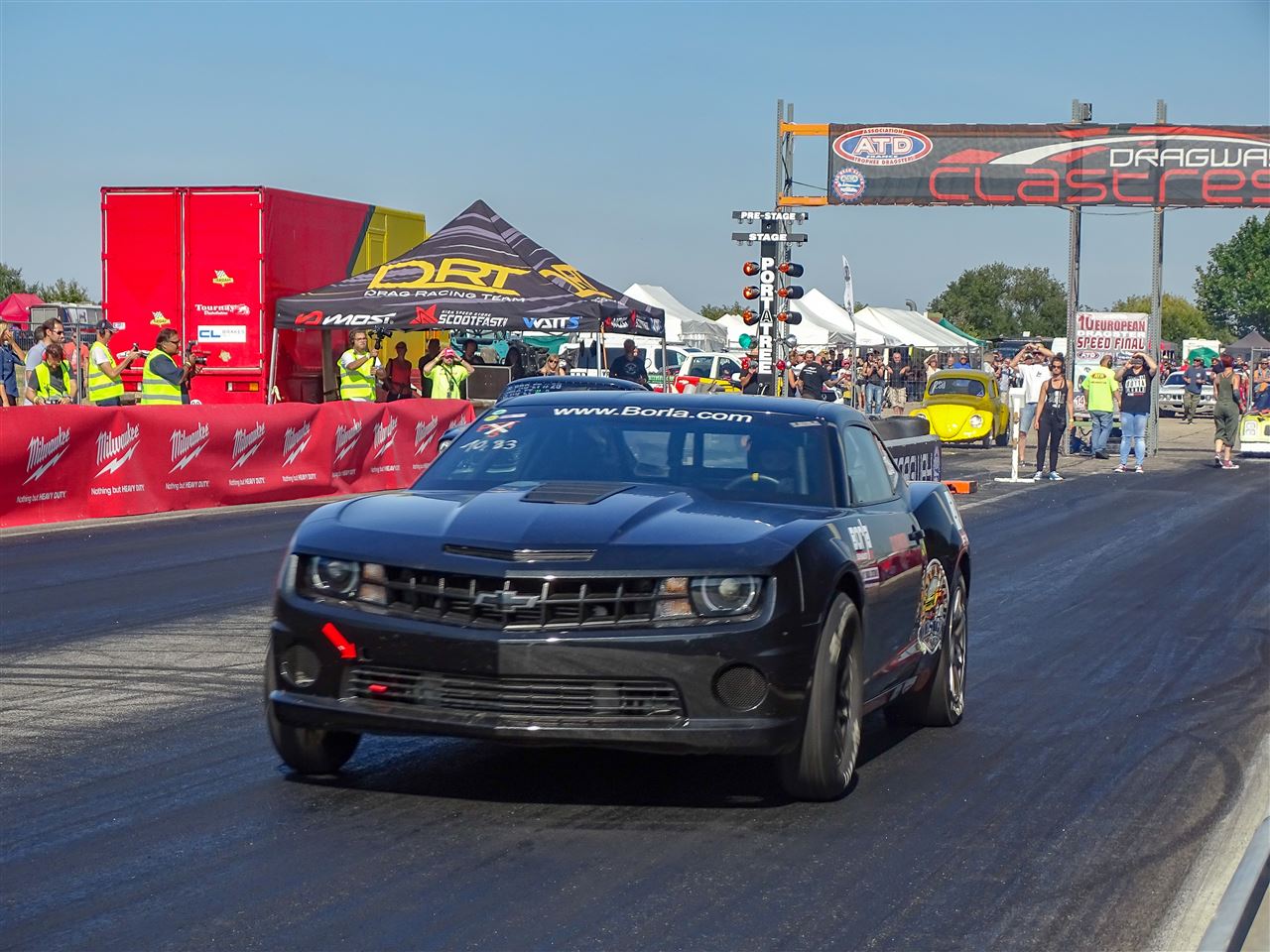 The 5th and last qualifying run had to be postponed from Saturday night to Sunday morning, as at dusk, the only oildown of the day caused a no longer catching up. After 5 qualifying runs, the Challenge qualifiers qualify for the elimination as follows: Third place for Petra Heldt, no.8 went to Lee Huxley, closely followed by Martin Weikum on no.9 and Björn Szczendzina on eleventh place. The latter came through a bye-run in the next round, as the engine of Lady Marmalade no longer wanted to run. Martin Weikum drew by a victory against the Flying Lemon of Manni Grässer in the second round, where he met Petra Heldt, who in turn threw D. Billault out of the race. 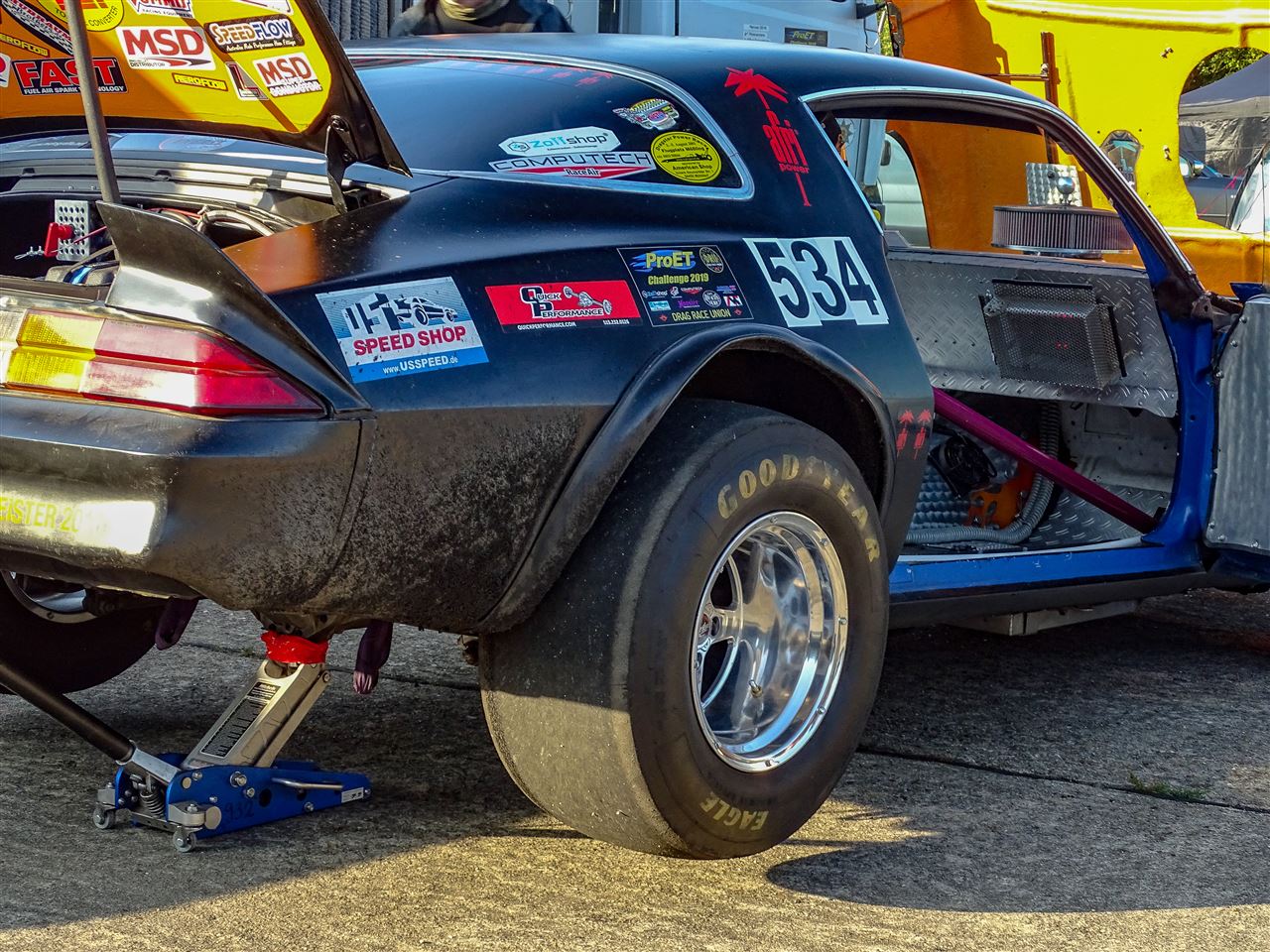 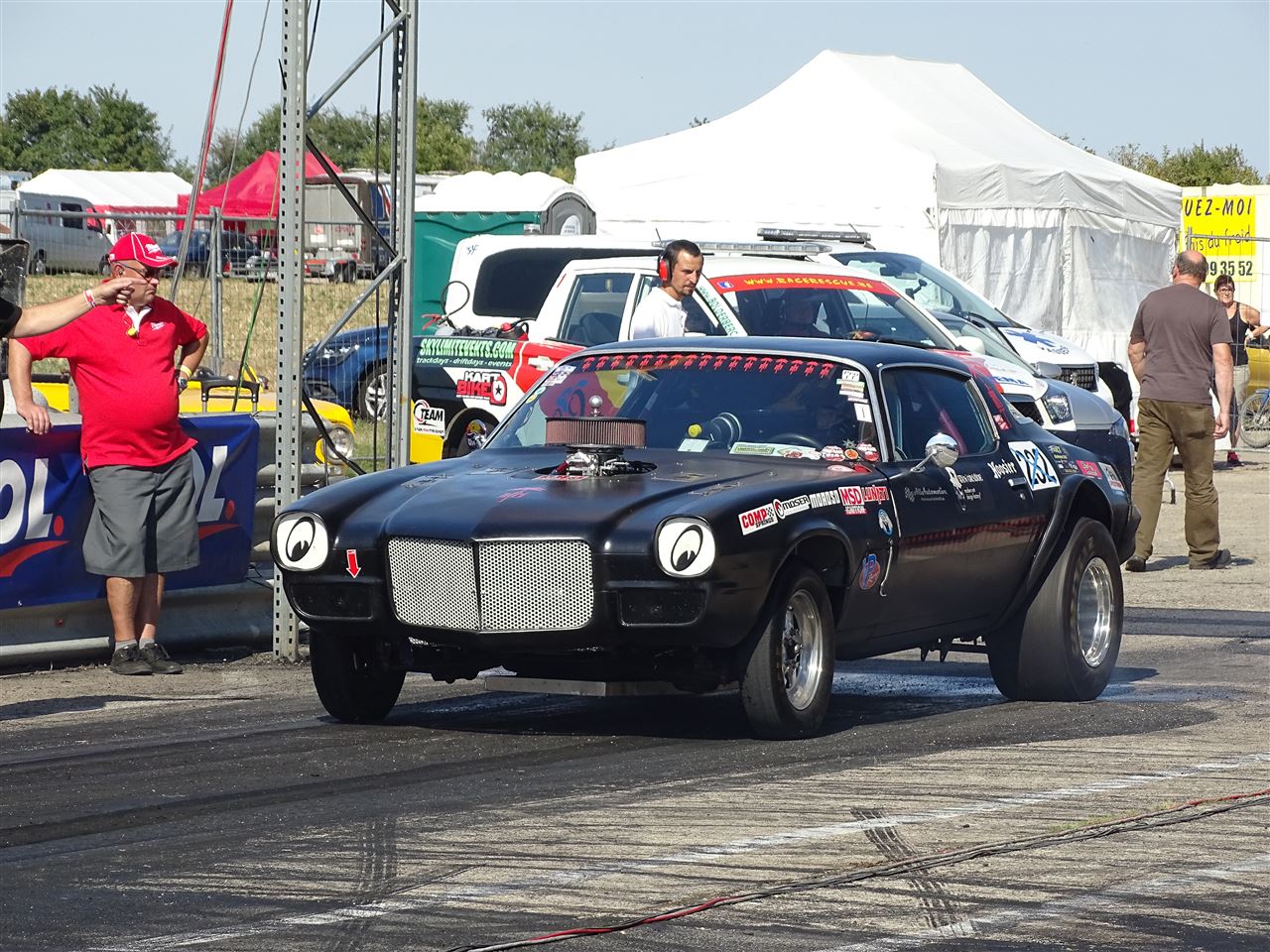 Lee Huxley prevailed against Andre Nahler in the Rektol Beetle, but lost the next round against P. Soursas in the white 71er Plymouth Cuda. Björn Szczendzina and his Lucille fell victim to this when he had completely lost the start in the quarter-finals and thus had no chance against the 0.016 reaction of Soursas. Previously Szczendzina was still able to prevail in the round of 16 against the Chevy Monza of B. Chamagne. Petra Heldt won the challenge internal duel against Martin Weikum in the round of 16, but lost to Jill Kemp in her red beetle in the round of the last 8. 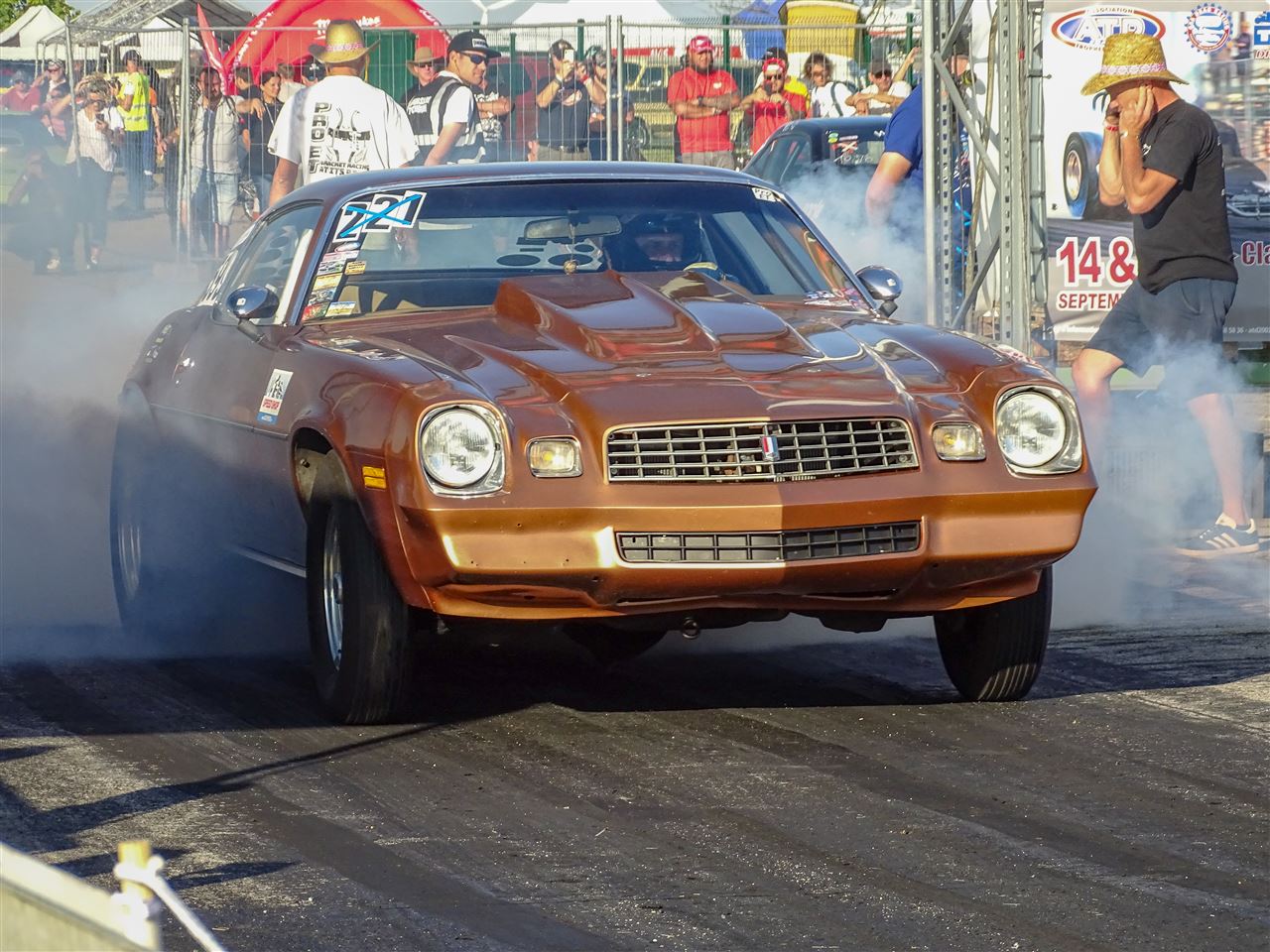 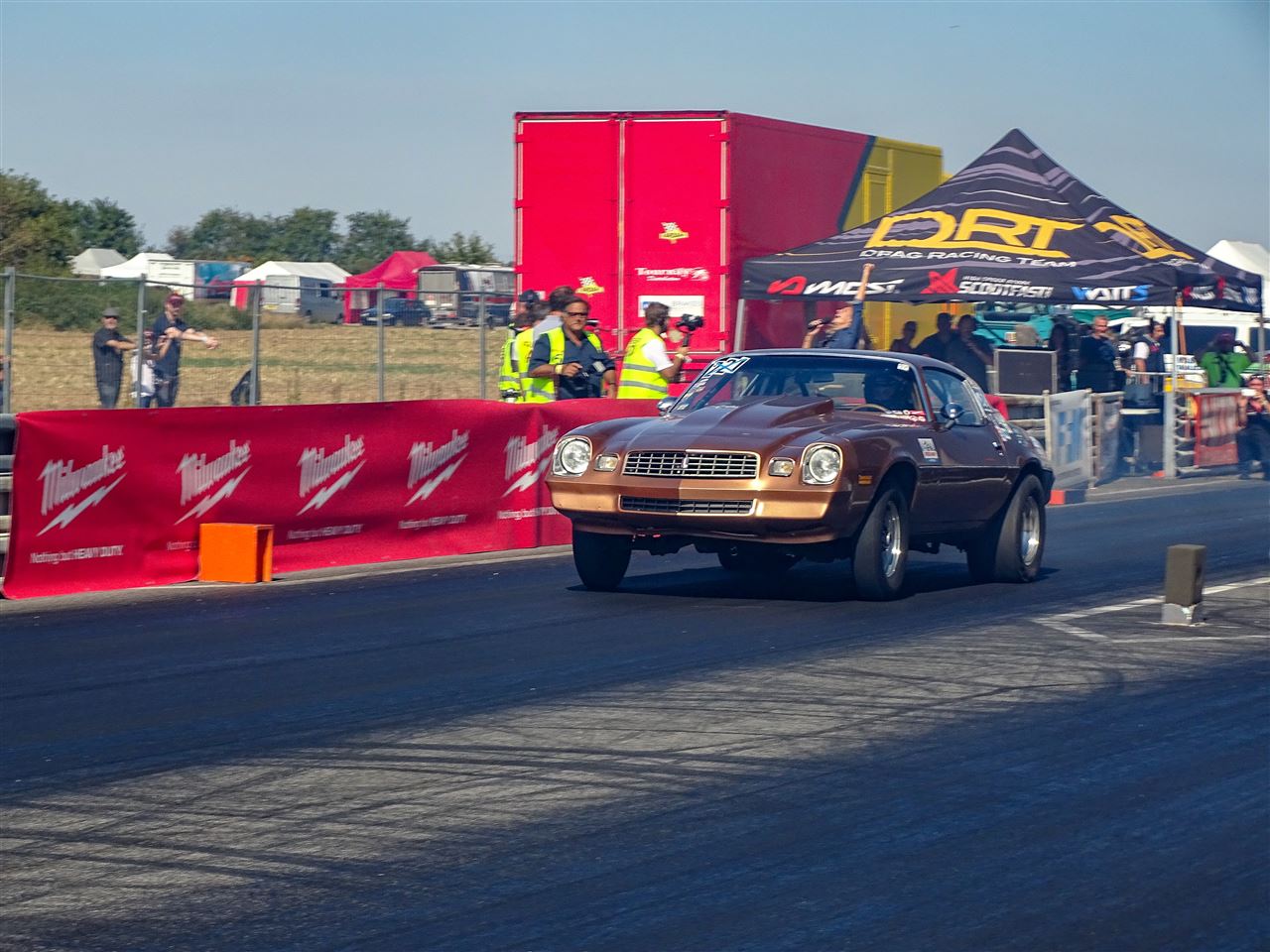 Kemp later made it to the final, where she succumbed to P. Soursas. The fast Frenchman has secured his victory in the championship title in France, on the 2nd place it follows our Challenge participant Petra Heldt, to which we sincerely congratulate. 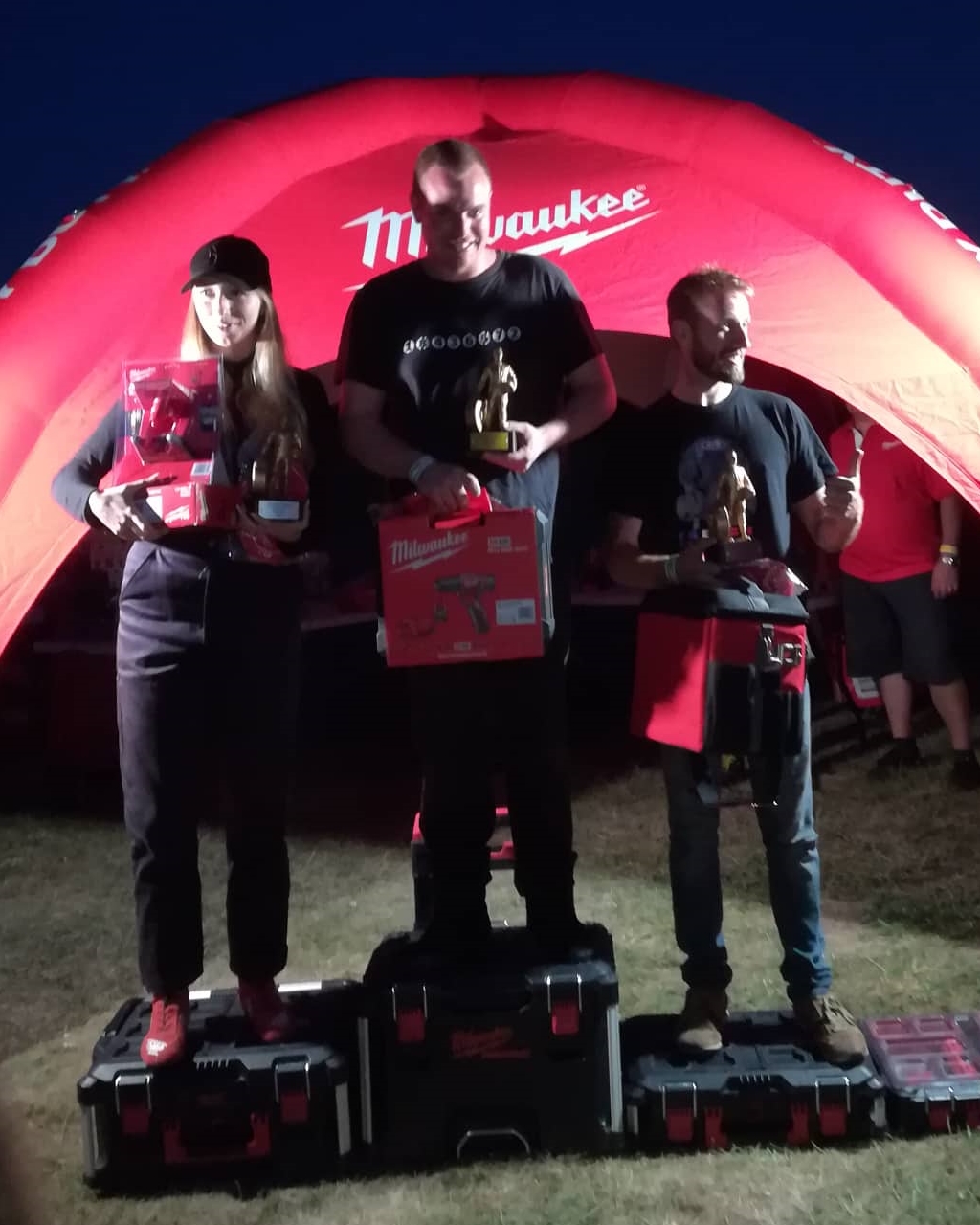 In 2020, we will surely meet again at the Clastres Dragway. There are even 4 events planned for next year. A great track operated by a well-organized crew with great potential for many great drag race events is definitely worth a visit.